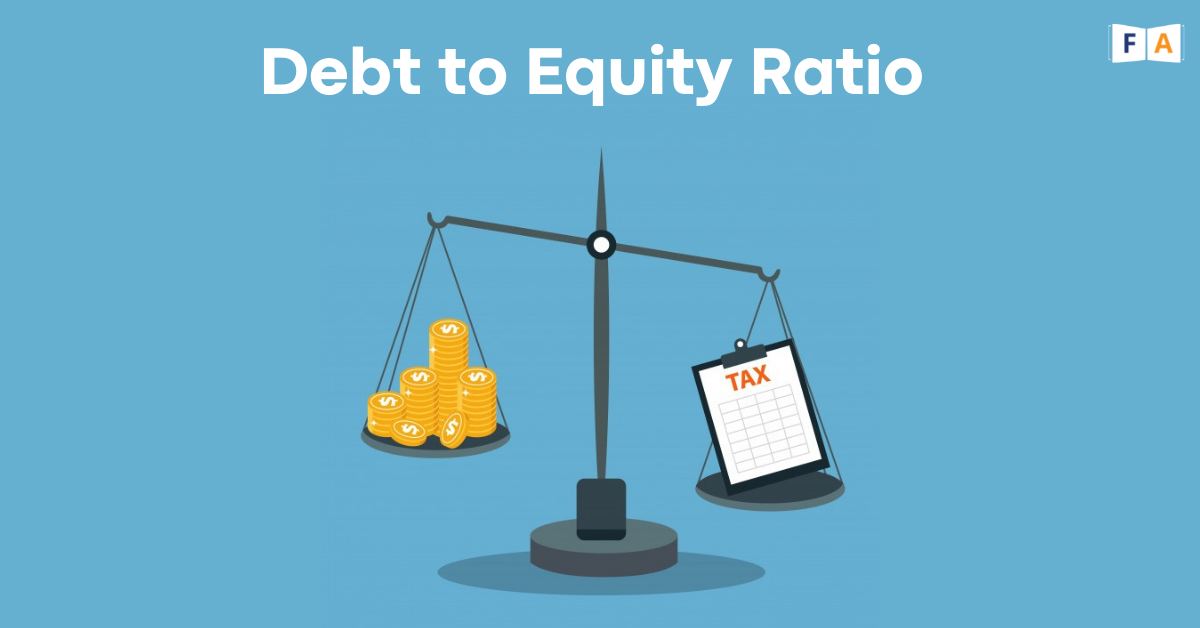 The Debt to Equity Ratio is used to determine the financial leverage of a company.

It is one of the leverage ratios used.

How to calculate Total liabilities?

This is done by adding the long and short-term debt obligations of the company. The master equation of Assets = Liabilities + Equity is also often used for the same.

The ratio tells us the extent to which the company is taking on debt by leveraging its assets. If a company is aggressive in financing its growth, it is reflected in its high D/E.

If the increased leverage has benefited the company significantly and increased earnings, the ratio would reflect that. However, only an increase in leverage (as indicated by a higher D/E) is not favorable.

Hence it shows us if the cost of debt outweighs the benefits generated.

In most cases, a ratio less than unity is considered to be safe, whereas a ratio more than 2 is looked at as risky.

A too-low ratio is also not a good sign as the company is then not using the avenue of debt to grow.

Sometimes the ratio can be negative which is seen as a major red flag – it implies that the company has negative shareholder’s liability (more liabilities than assets) and maybe on the verge of bankruptcy.

Investors often modify this ratio to exclude short-term debt as it is less risky. It also tends to be cheaper and less responsive to shifting interest rates.

Again the ratio needs to be evaluated from the perspective of the industry in which the company operates. Some industries by default have a higher capital requirement and different growth rates, and that should be factored into consideration.

One also needs to be careful of the components in the key elements of the formula, and ensure that its consistent across companies for a correct evaluation. For example, some analysts include preferred stock in the equity portion but the preferred dividend, par value, and liquidation rights make this kind of equity look a lot more like debt which makes the company appear riskier than it actually is. 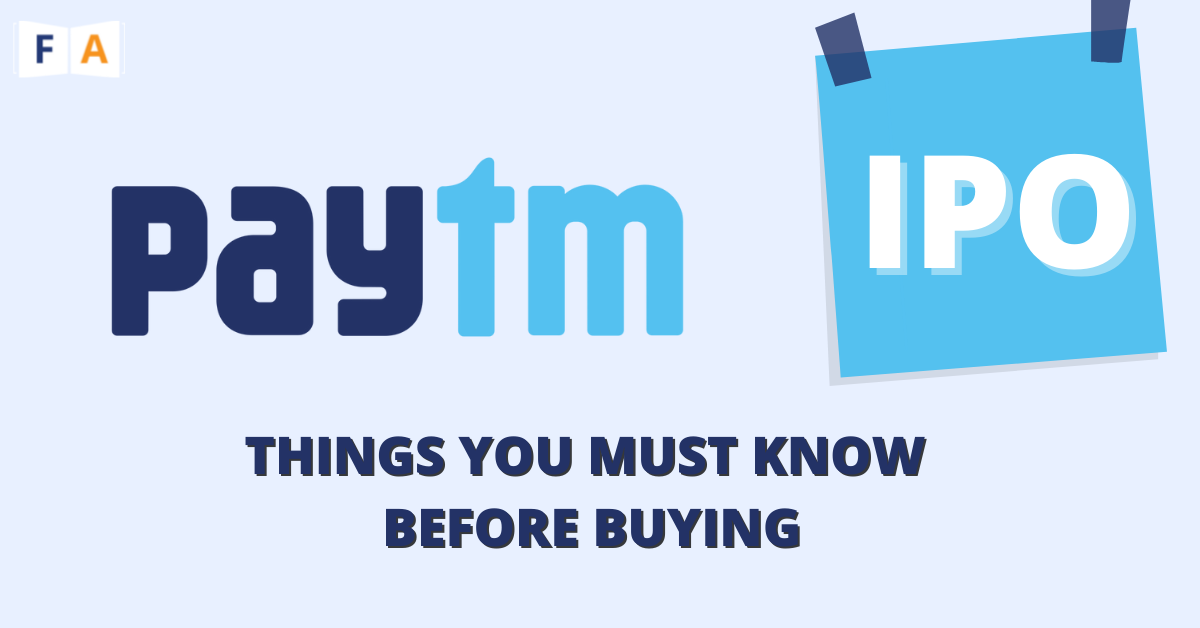 Analysing the Paytm IPO- Things you should know before buying

What are the existing investors doing?   Ant Group, Alibaba, SoftBank, and Elevation Capital (formerly Saif Partners) are some of…

Analysing the Paytm IPO- Things you should know before buying

What are the existing investors doing?   Ant Group, Alibaba, SoftBank, and Elevation Capital (formerly Saif Partners) are some of…

Analyzing the Nykaa IPO: Everything you should know

Nkyaa is one of the very few profitable startups in India. It’s also the first women-led unicorn in India. The…

The Central Government’s borrowing programme for the Second Half of the financial year was announced a couple of weeks back….

With Brent at $86 a barrel, oil is at multi-year highs. The price of oil and gas has gone up as consumption…

What are MFs? Which are the major MFs in the country (AUM Size)

The word investing brings to mind a few vehicles – stocks, gold, real estate, etc. Out of these, a very…

How to analyze an IPO

The past few months have seen a lot of companies vouching for the coveted listing on the Indian stock market….

Interpreting Enterprise-Value-to-Sales (EV/Sales) Ratio: Everything you should know!

Definition Enterprise Value to Sales is a measure that helps value a company, taking into consideration both the equity and…

What is cryptocurrency? Cryptocurrency is a virtual currency that uses cryptography (the art of solving codes) and is usually based…

The equity market has continued its good run with a surge in the largecap indices in the recent past. But…

How To Interpret And Analyse The PE Ratio? A Beginners Guide

What Is An ASM And GSM List? Why Impact Does It Have On Investors?

The EV/EBITDA ratio (a type of Enterprise multiple) is used to determine the value of a company.  Formula:  EV/EBITDA =…

Outlook for corporate earnings growth is quite strong, in fact at Nifty level earnings are expected to grow at more…

Powell said, “My view is that the substantial further progress test has been met for inflation,” and that “There has…

Strong corporate earnings ahead, will invest in new-age internet cos at appropriate time

The current market rally has been possible, mainly due to liquidity that has been aplenty and because of low interest…

As markets near record highs, investors are confused over how they should structure their portfolios. Bhavesh Sanghvi, chief executive officer of Emkay…

Trader’s Point I Rahul- A Beginner to Professional Options Trader

There’s no way around it- If you invest your money in stocks, you’re most likely going to lose money at…

Uncertainty Persists: Are the Fed and the Markets on Parallel Tracks?

Time and again, with a greater amount of accuracy and consistency, the data flows from the US present the picture…

“Know what you own, and know why you own it” — Peter Lynch Choosing to invest in stock can be…

After an exciting week, the USDINR spot still remains elevated as the Federal Reserve has encouraged the market participants to price…

RBI May Take Cues From US Fed, Policy Stance to Remain Accommodative

After the recent FOMC (Federal Open Market Committee) meeting, the US Federal Reserve has moved up its target from 2024…

The US Dollar index witnessed a strong recovery and saw the index hitting a high of 91.48 levels after the hawkish signals…

The fixed income market remained calm with a stable profile for the most part of the last month. The accommodative…

Bring in some stability to portfolios with fixed income

When we work in an environment, far away from home, and which is quite uncertain and sometimes volatile too, both…

The USDINR spot opened the week on a higher note ahead of the FOMC policy update. There appears to have been a…

“The key to trading success is emotional discipline. If intelligence were the key, there would be a lot more…

Equities Trying to Maintain the Altitude, and How!

The equity markets have been volatile with movements on both sides, mainly occasioned by developments abroad. The prospects of the…

The most common advice you get in financial planning is to protect your money from Inflation. But how do you tame…

Economic growth expected to accelerate in US, China in expansionary phase too

The US’ first-quarter GDP growth for 2021 was at 6.4 percent against the estimated 6.5 percent but signifies a major…

All that glitters: Is gold a good investment option for NRIs?

The yellow metal is an essential ingredient of any investment portfolio for many centuries. It is not just private individuals…

Traders Point I Adarsha- Journey of a Positional Trader

If you ask a bunch of traders about the “perfect trading strategy” to follow, you’ll likely hear a different one…

Traders Point I Sunny Singh- Journey of an Intraday Trader

Day Trading isn’t everyone’s cup of tea. It requires extreme discipline, patience, and most importantly- proper education. One must learn…

Indeed, day trading is one of the most lucrative career paths towards achieving desired financial independence. But being a zero-sum…

Recently, the U.S dollar traded comparatively higher against all of the major currencies following the news of the spike in…

Predominantly, the stock market is supposed to be a man’s domain, though the quality that separates women from men is…

The US bond yields have moved up quite sharply, the 10-year treasury has touched 1.60 percent and this movement is…

“There is no single market secret to discover, no single correct way to trade the markets. Those seeking the one…

How to invest in a volatile market

It is a very ,very crazy market, we fall hard and we come back fast! We are in the midst…

Q3 GDP: Need more to say that India is really growing instead of recovering somehow to feeble single digit levels

The GDP growth number for the third quarter at 0.40 percent corresponds to more or less what most of the…

Scope for upgrade in financials; CRAMs can be multi-year growth story: Kashyap Javeri of Emkay

The financial sector consists of many markets including but not limited to the Commodity Market, the Currency Trading Market, Options…

A Money drives many decisions that we make on a daily basis. Setting goals can help us take control and…

While trading in a volatile market, this move may help investors safeguard investments

Trading is a business, and no business is successful sans a business plan. A business trade plan is a comprehensive…

How To Create A Secondary Source Of Income In Times Of A Pandemic?

Generating multiple streams of income can positively impact your finances. We often hear about the importance of diversifying our investments…

Trading has very low entry barriers and can be a consistent and independent business, if executed thoughtfully and planned conscientiously….

8 Questions a Trader should ask while Trading

Without conscious planning in share market trading, we can get into a trap of wide choices. Being a jack of…

Why Trading education is a must for venturing into Finance industry

Millennials are taking their first step towards learning the basics of stocks and futures. Trading should have access to multiple sources of quality education. It’s quite similar to learning car driving i.e. trial & error coupled with the ability to…

With the commencement of the 2019 Cricket World Cup, it is only natural that in our cricket crazy nation, fans…