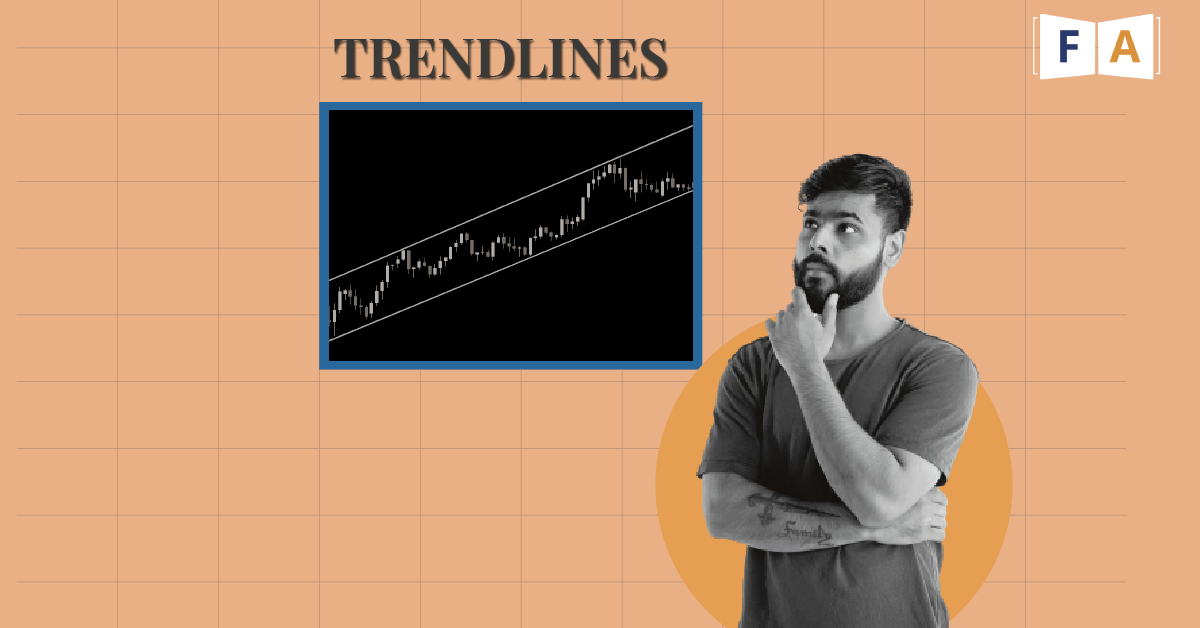 Trend lines in trading are drawn above or below the price at an angle. They are employed to provide cues regarding the current trend and show when a trend has altered. The utility of trendlines is that they offer chances to open and close positions as well as serve as support and opposition.

In a downtrend, you draw trend lines higher than the price. In an upward trend, trend lines are drawn below the price. A trend line will be determined by the highs in a downtrend and the lows in an uptrend.  To create a trend line in either direction, there must be at least two swing highs or swing lows.

However, at least three highs or lows must be utilised for a trend line in trading to be considered reliable. In essence, a trend line becomes more reliable the more times the price touches it since more traders are utilising it as support or resistance.

Using the candle wicks or bodies

Use whatever you are most comfortable with because trend lines are arbitrary. However, it’s crucial to stick to the strategy you decide on.

Trend line as resistance or support

When the price returns to a trend line that has been discovered and is acting as support or resistance, you may utilise that line as a point of entry into the market. On the other side of the trend line, a stop loss might be placed. Depending on the method being used, the stop loss size will vary.

The trend line break approach determines an entry based on the line’s actual breakout. A trend line loses its usefulness as support or resistance when the price crosses through it, and it is likely that the price will continue to move in the opposite direction.

Using a trend line break, there are two entry strategies: aggressive entry and a conservative entry.

Waiting until the price has crossed the trend line before testing it from the opposite side as support or resistance is a more cautious approach to trade the trend line break.

What are trend channels? Definition?

Using Trendlines in your trading is of utmost importance. With FinLearn Academy’s courses, you can also become a master and exploit the utility of trendlines.

How Can Women Plan Their Finances?

What is Support and Resistance?