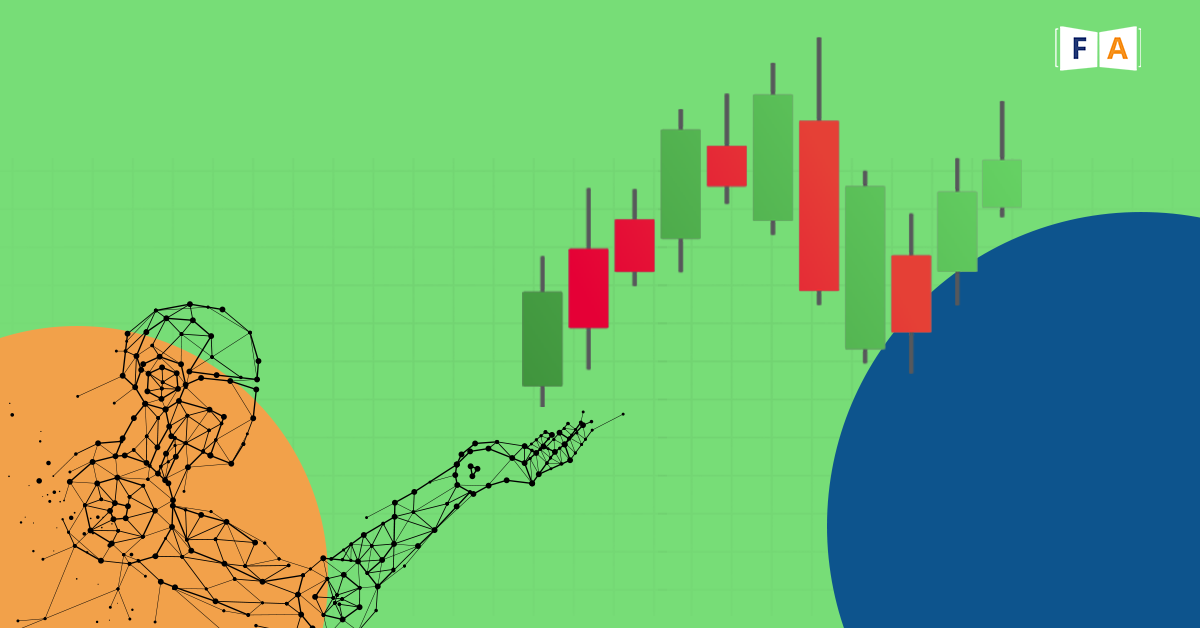 What is a bullish candlestick pattern?

What are multiple candlestick patterns?

The upper and lower shadows are quite long in this case, indicating an increase in volatility. Despite the stock’s fluctuating nature, it opened and closed at the same price. This basically means that the market is indecisive. In most circumstances, the chances of the opening and closing prices being exactly the same are minimal at best. When you start looking at candlestick charts for Indian equities, you’ll notice this. This is why most traders believe a Doji to have formed even if the candlestick only has a thin, tiny body.

For example, suppose a stock’s opening price is Rs. 50 and it closes at Rs. 52. Even though the candlestick has a narrow body, traders consider it to have formed a Doji in this case. In this situation, a Doji would be similar to this. Inference: A Doji may not have much meaning on its own. Only when it occurs during a current trend does it become significant. When a Doji develops during either a bullish or bearish trend, it suggests that the trend has come to a halt and those market participants (buyers and sellers) are uncertain about the price movement. This indication can be interpreted as a possible coming trend reversal.

When a stock’s opening and closing prices are at their highest point of the day, the Dragonfly Doji is created. The Dragonfly Doji has a large lower shadow but no top shadow. This is how the candlestick pattern looks.

Inference: The pattern suggests that the stock opened at a high, fell during the day owing to selling pressure, and then gained again at the conclusion of the day, with purchasers coming out on top. The Dragonfly Doji denotes a bullish trend in which buyers control the market movement. When reading Indian stock candlestick charts, the appearance of a dragonfly during a bearish trend is a solid indicator of a reversal signal.

The Dragonfly Doji is its polar opposite. When a stock’s starting and closing values are at their lowest points of the day, a tombstone Doji is produced. There is no lower shadow and a large upper shadow in this pattern.

The tombstone Doji essentially implies that the stock opened at a low, rallied during the day as buyers entered the market, and then dropped back down to its lowest position of the day owing to severe selling pressure. This pattern is a classic bearish trend signal, with the sellers in control of the market movement. When a tombstone emerges during a bullish trend, it might be interpreted as a reversal indicator.

The spinning top, like the Doji, is a single candlestick pattern that indicates market indecisiveness and uncertainty. When the closing price is in close proximity to the beginning price, a spinning top is formed. A spinning top has a similar structure to a Doji, but with a smaller but distinct body. This is how the pattern appears.

Inference: The extended shadows indicate that both buyers and sellers are striving for control, but neither has been able to gain an advantage. As a result, the price movement is unclear. When a spinning top develops during a trend, it indicates a loss of momentum and might be viewed as a trend reversal indicator. When dealing with this pattern, though, you must still be cautious. This is due to the fact that a spinning top has only a 50% probability of reversing a trend. The spinning top would occasionally only be a pause, with the current trend continuing without reversal.

The hammer is a single candlestick pattern that emerges on the upper end of a candle with a short body and a lengthy bottom shadow. If the candle has a brief upper shadow, the pattern is still considered a hammer. This is how the pattern appears.

Most traders believe that for a candle to be categorised as a hammer, the pattern’s lower shadow must be at least two times longer than the candle’s body.

What is Asset Allocation?