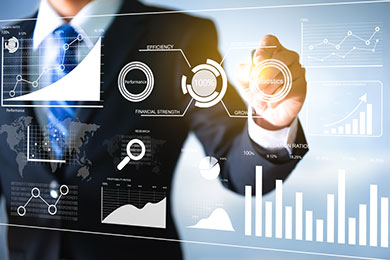 The equities have turned more volatile in the past one month and it is grappling with a number of factors, both internal and external, which makes the onward journey slightly more uneven.

The earnings season is coming to a close and the complete picture of the Q2 FY22 earnings would emerge in the coming days. Overall, the earnings season has progressed very satisfactorily till now. As is evident from the results, things are gradually but surely reverting to pre-pandemic levels. Sales growth, which had fallen by 5 per cent for Sensex and 7.5 per cent for Nifty in Q2FY21, has risen by 22.7 per cent and 32.4 per cent for Sensex and Nifty, respectively. A similar trend was seen for the top line for broader markets as well.

While sales growth moved on expected lines, Ebitda margins took a hit in Q2FY22. Raw material cost pressures and the inability of companies to raise prices to support sales growth led to margin pressures. This stands in direct contrast to what we had seen in the second half of Q1FY21. During that period, sales growth was largely stagnant, but the bottom line improved as there were no margin pressures. Currently, we have a situation where sales growth is improving, while there is some margin contraction. Ebitda margin had improved by 406 bps in Q2FY21 as compared with the year-ago period for Nifty; the margin for Q2FY22 has contracted by 207 bps for Nifty. The markets may not necessarily see it as a concern if sales growth continues to improve. A continuous improvement in sales will be an indicator of the strength of the recovery and this may translate into better pricing power for the companies.

The earnings season has also been satisfactory in terms of earnings upgrades. A higher number of companies have seen their earnings estimates being upgraded or maintained, against being downgraded.

Inflation definitely has an outsized impact on corporate earnings. While the focus is mainly on commodity or raw material inflation, the inflation in other factors of production is largely ignored when it comes to popular discourse. Commodity inflation will definitely hold sway over corporate earnings and margins in the near term, but what we believe will have a slightly long-term impact is wage inflation.

The earnings outlook for H2 FY22 is very constructive, as the economic recovery that is underway is expected to be a broad based one. Over the last few years, the markets mainly focused on B2C companies as they tried to avoid capex-driven plays and leveraged companies. The level of leverage has come down drastically, which improves their ability to borrow, and, largely, asset quality issues of banks have also been addressed, improving their ability to lend. Along with B2C, the B2B segment is also expected to witness healthy earnings growth. In the view of industry experts, after a gap of many years, the capex outlay of private companies is higher than that of the government. We expect near-term earnings to continue to improve and the medium-term outlook too is equally robust.

The approach to markets should be in a phased investments or systematic format to take advantage of any corrective downward movement. With normalisation of liquidity gaining prominence both in India and the US, the markets could turn more cautious, and evaluate the impact of likely hikes in interest rates in early 2022, in the event of inflation staying persistently high. This is where funds and products with value themes or graduated investment modes like in some select alternate investment funds become more relevant, apart from hybrid strategies such as balanced advantage funds.